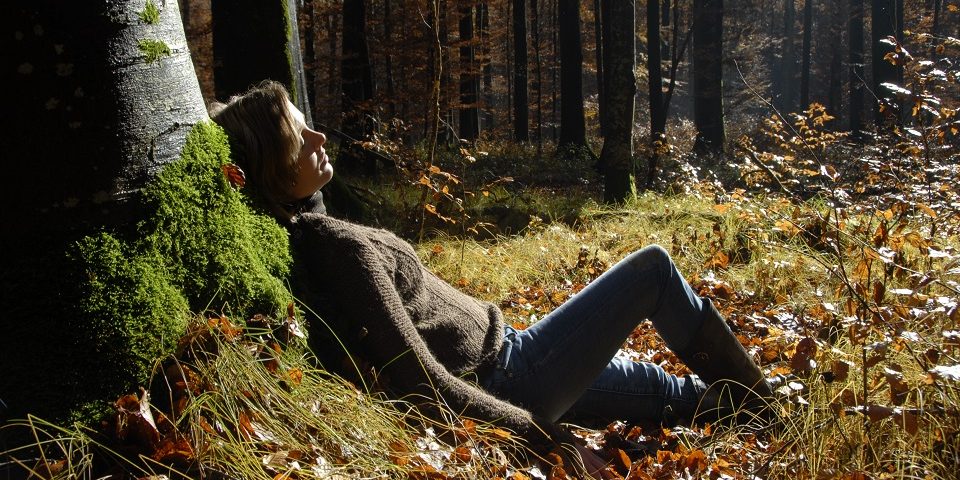 I n the “Forest pedagogy-session” the FCN-subgroup contributed to 125th IUFRO anniversary Congress in Freiburg 2017, Prof. Dr. Mathilda van den Bosch from Columbia University (Canada) presented a lot of research results, showing that outdoor learning, especially when an immediate relationship from the early years is existing, decreases the concept of “Nature Deficit Disorder” as described by Louv (2006). Learning to be active and interact with natural elements as well as learning to feel good from this interaction, in an outdoor-learning-surrounding, has positive impacts on education (Van den Bosch, 2017).

It is proven, that variation in the school yard with greenery promotes the physical activity of the pupils and more trees in schoolyard predict increased use and physical activity. Also natural environments at schools improve mental health and reduce behavioural disturbances (Van den Bosch, 2017).

Several studies showed that children educated in Forest Kindergartens are well prepared for school (Gärtner 2011, Häffner, 2002). Free, unstructured, and natural playing in the forest is of high importance because it is a continuous process of learning. Children can develop their own creative games according to their needs. This contact to nature helps to improve creativity, which is proved by studies. Kiener (2003) and Lettieri (2004) outlined, that children of Forest Kindergartens seem to act more creatively compared to indoor educational institutions. General diversity of the environment and seasonal changes of the forests and the use of forest elements continuously stimulate creativity (Fjørtoft and Sageie, 2000; Fjørtoft, 2004). Faber Taylor et al. (1998) reported an intensification of the bonding between children and adults in green spaces that can stimulate education and evoke a sense of safety among children.

Significant improvements in creativity, fantasy and gross motor abilities for children that were spending all week in Forest Kindergartens were found, but less for those who were just one day per week in the forests (Kiener, 2003; Kiener and Stucki 2001; Grahn et al., 1997; Fjørtoft and Sageie, 2000; Fjørtoft 2004). Additionally, the relationship to nature is improved and self-confidence, as well as independence, is found to be enhanced (Griffiths et al., 2010; Kiener and Stucki, 2003; Gebauer et al., 2005). The immune system is strengthened by the contact with mud, soil, water and exposure to all weather conditions (Grahn et al., 1997; Kiener and Stucki, 2003). This prevents classic and chronic diseases, and allergies (Kruse, 2013). Social skills were improved (Kiener and Stucki, 2003). Häfner (2002) identified deficits in fine motor skills, meanwhile children educated in „Waldkindergarden“ achieved higher competences as well in developing fantasy and creativity as in in social behavior, cooperating within teaching or motivation to interact, than pupils from regular kindergardens. Other studies, as Kiener (2003) could not find significant differences between intervention and control groups. More scientific proofs for the health benefits of the Waldkindergarten is summarized on the homepage of the German association of Forest kindergardens. The fact that nearly all children that attend Forest Kindergartens do this on the explicit desire of their parents and the higher education of the pedagogues, compared to public nurseries, might distort findings of the previously mentioned studies.

Research results show, that confidence, social and communicative skills, motivation and concentration, understanding of and connectedness to nature as well as physical skills improved, when pupils were educated at forest schools. Individual learning processes are enhanced, and the regularity of the woodland visits strengthens familiarity and conscientiousness (O’Brien and Murray, 2005; 2006; 2007; Massey, 2002 Roe & Aspinall, 2011; Lovell & Roe, 2009). Gained abilities can be transferred to the classroom and children especially learned to handle risks (Massey, 2002). The British program goes ahead with the “Learning Outside the Classroom Manifesto” published by the UK Government in 2006 (Department For Education And Skills; 2006). Maynard (2002) additionally highlighted the outstanding possibilities for environmental education.

In general, the concept aims to build the base for a lifelong relationship between humans and forests by accompanying visitors of all ages, mainly children, to woodlands (Bancalari et al., 2015). Forest pedagogy concept has spread since the 1980s, but even far earlier it had happened in an unorganized way on a small scale. Today Forest pedagogues of course are contribute offering the forest as a source of human health too!